You Can Have Your Cake And Binge TV Too

Since I didn't travel to the Kris Kinder event this weekend to stay busy I binge watched the first two seasons of The Marvelous Mrs. Maisel again. I love this show and I want everyone I know to see it. Here's why.

What can I say? This shows how helpful SCAdians are when they know you’re loading your vehicle. The video was taken by Kajira Camber of Wiesenfeuer, Ansteorra at Calontir‘s Kris Kinder event December 2012 and published on Youtube, Feb 9, 2013 Enough said here, but plenty elsewhere.

5 Reasons Doing C & I Is Better Than Cooking

HL Nikolai Kolpachnik Spinachev’s Baronial Arts and Sciences Championship Competition Entry. I’m not that great a cook. Mostly cooking doesn’t interest me. I’m also not a foodie or gourmet. High-quality or exotic ingredients don’t interest me. And I can’t be bothered with food skills that don’t involve a microwave or Keurig. Attending a scribal gathering or making an SCA scroll […]

While waiting to leave for an appointment the other day I decided to see what funny and weird illuminated manuscript stuff I could find with Google. This is a fun time suck that must be used sparingly or it will make me late to my appointment. British Library’s Harley 7026  f. 16  These handmade devotional books often had margins filled with tiny pictures called “marginalia.” While not all were weird many had pictures of bawdy whimsy, fanciful animals, political satire and even sexually explicit jokes. Seen through our modern eyes they appear outlandish because we’re not used to seeing lurid detail displayed in holy books, especially from a distant time we think was conservative and proper. Immediately I hit paydirt with three posts on io9.Gizmodo a popular weblog.  Bizarre and vulgar illustrations from illuminated medieval manuscripts by Vincze Miklós General medieval weirdness mostly. Why do knights fight snails in illuminated manuscripts? by Lauren Davis With this writing, I found an interesting link to the British Library’s manuscript blog post Knight v. Snail Are these the dirtiest manuscript doodles of the Middle Ages? by Cyriaque Lamar  Those led me to this Spanish post. There are lots of medieval paintings of knights fighting giant snails and nobody knows why. by Matías S. Zavia Amazingly I thought some of those too odd to include in an SCA scroll. While I still had time I returned to my google search and clicked on these. Naughty Nuns, Flatulent Monks, and Other Surprises of Sacred Medieval […] 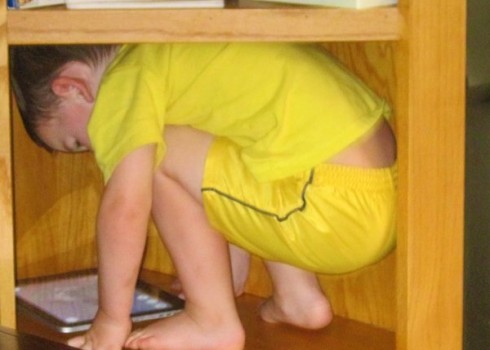 Nothing to go wrong here. Murphy’s law is a popular adage commonly stating “whatever can go wrong, will …” Variants and corollaries exist for assorted skills and daily activities.  Over the years from experience I’ve developed my own Murphy’s laws for scribes. 1. If you quickly add something to an illumination when you are nicely dressed to go out, you […]

Looking for ways to punch up my workshop presentation I discovered the tell-tale signs you have when you truly know you are an SCA scribe. I know I have shown several of these. You might be a rabid SCA scribe when… The highlights in your hair are from your gouache, not the Clairol bottle. You know the exact green shade […] I’ve been involved with the elderly for most of my life. I was born late in my parents’ life and they both were born late in their parents’ lives. So, many of my Aunts, Uncles and Greats were old, if not Victorian, when I was young.  Then in Junior High, I volunteered weekly in the nursing home where my 90-something Grandfather […]